Without electricity, most people would be lost. Everything from cell phones, refrigerators, computers, and cookers use power to run not to mention lighting and air conditioning. Unfortunately, Australia is not new to severe storms and cyclones that not only destroy buildings and roads but also cause long-term electric disruption. In the wake of such disasters, a serious discussion is necessary to find out how solar panels can be used as a more long-term solution to power issues:

A low-end portable solar panel can be used to charge phones, keep laptops on as well as small refrigerators for food and medication like antibiotics and insulin. Between 2005 and 2007, massive storms hit Canberra and it's surrounding causing significant power disruption for days, meaning that even hospitals had no power. Since it is impossible to prevent a tornado or hurricane, high-end portable solar panels can be used to power hospitals and large institutions so patients can receive care and industries can continue running. Solar power can also be used to pump water for sanitation and also keep the air conditioners on because it can get hot and humid during a storm.

While there is no way to hide electrical infrastructure from elements like rain and wind, portable solar panels can be hidden indoors and put in the right casing for protection. This means that the panels will not be affected by elements like power lines so they can be used to power the location or the building even when it's raining outside. Many companies have developed battery-powered solar panels that can still work even when it's not sunny out.

Energy cost in Australia is rising by the day, and so there is a need for more affordable renewable energy sources. Apart from solar power being cheaper to maintain, there are government incentives and discounts given to everyone who decides to have solar power in their buildings. The panel prices have dropped drastically, and the Victorian State government has doubled the minimum feed-in tariff to 11.3 cents per kWh.

In this day and age, some places are very far from civilization mostly because they don't have access to power and if they do, there are constant rationing and power outages. Solar power and battery storage microgrid panels can help to supply enough power to such areas during those dark days before the rationing and repairs are done.

For people who live in large and safe cities where power outage is rare, solar power can be seen as a luxury or alternative means. However, for remote areas that are prone to disasters and power failure, solar panels are truly life-saving. 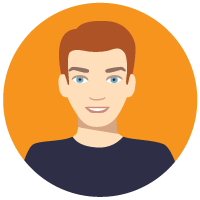 Whether you are trying to stay warm or keep cool, a lot of the same elements are involved. For example, you need a well-insulated home and a functioning HVAC system. This blog is going to contain numerous posts about both heating and cooling. I plan to write about troubleshooting your HVAC system as well as about supporting it with the right windows, fans or other elements. I may also write shopping tips and guides on when to call for professional help. Before you start reading, let me introduce myself. My name is Ken. I was born in Winnipeg, Canada, where weather fluctuations are a fact of life, and a sturdy HVAC system is essential. While I was spending a gap year in England, I met my wife, Ariella, an Australian, and we've been living in Oz ever since. This is my first blog, and I hope you like it.